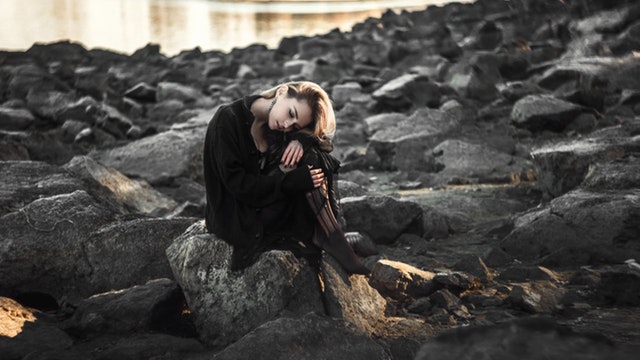 I ended My New Life With Anxiety post in March 2016, just after my son had his Jaw surgery.

Wires and Smoothies and Soup Through a Straw

He had his mouth wired shut for 6 weeks. This was the most difficult time of my life, not just as a parent, but my entire life!

He could not eat anything unless it could go through a straw. He lost nearly 20 pounds that he did not have to lose. I learned something about my son during this horrifying ordeal; he is a fighter! He got through this better than any adult I know could have.

When he finally had his surgery to remove the wires, the first thing he wanted was mom’s homemade sausage gravy and biscuits. God love him, I made it, and he learned that his jaw was still too sore to chew! Could he catch a break already?!

During this time, I began having chest pain/tightness, tingling in my left arm, and I had no idea what the hell was going on. I finally made a doctor’s appointment, and this is when I was diagnosed with anxiety.

A week or so later, I had a panic attack, and drove myself to the emergency room at 11 o’clock at night while my husband and children were sleeping! They tried to send me home because they knew it was anxiety, but I insisted that unless they did some tests to tell me that my heart was ok, only then would I accept it as anxiety. They fulfilled my request, and I left the hospital knowing that I was perfectly healthy (except for the fact that my chest hurt and my arm tingled and I had panic attacks).

I Finally Went to the Doctor For Medication – June 2017

Last summer, I finally decided it was time to take the plunge into the world of medication. I do not like taking any type of medicine unless it is Advil. I was scared to death, but my anxiety was taking over.

By the time I arrived for my appointment, I decided I did not want medicine. I told my doctor that I wanted to try and control it on my own. Let’s see how that turned out…

Fast Forward to October of 2018 (October 8th to be exact)

My dad has been living in Florida since he retired in 2008. He had bought a home several years before his retirement, and looked forward to living in sunshine and freedom.

He had a visit to Ohio planned, and he arrived on October 8th, 2018. He stopped in Pennsylvania the weekend before to attend a wedding where his cousin took him to an urgent care center due to severe stomach pain. He was advised to go to the emergency room, but he declined and said that he would have his daughter take him when he arrived to Ohio.

He was here for 15 minutes, and I took him to the ER. After several days in the hospital and a biopsy, my dad was diagnosed with Stage IV Lung Cancer, and it is not curable. I did not write about this on Be Electrifying because it deserved it’s own blog where I could keep track of his condition, and also to hopefully help other families suffering from the disease. If you’re interested in reading about it, you can find it here.

I mention this because it was the final straw for my anxiety. I went back to my doctor on this past Monday, and got a prescription for my anxiety. When I finally decide to take the medicine (I know, I know) I will update you on any progress. For now, please keep my father in your prayers.

If you are trying to help someone who suffers from anxiety, take a look at the top gifts for anxiety. You never know, it might just help!

Great work! That is the type of information that are meant
to be shared around the net. Disgrace on the seek engines for not positioning this
publish upper! Come on over and visit my website .
Thank you =)

Hurrah! At last I got a webpage from where I be able to truly take
valuable facts concerning my study and knowledge.

I all the time used to study article in news papers but now as I am a user of internet thus from now I am using net for posts, thanks to web.

That is really fascinating, You are an overly professional blogger.
I have joined your rss feed and look forward to looking for more
of your magnificent post. Additionally, I’ve shared your site in my social networks

Hi, I do think this is a great website. I stumbledupon it 😉 I am going
to come back yet again since i have bookmarked it. Money and freedom is
the greatest way to change, may you be rich and continue to help other people.

Have you ever thought about including a little bit more than just your
articles? I mean, what you say is fundamental and all.

However just imagine if you added some great pictures or video clips to give
your posts more, “pop”! Your content is excellent but with pics and clips, this site could certainly be one of the greatest in its field.
Amazing blog!

Howdy! Someone in my Facebook group shared this website with us so I came to look it over.
I’m definitely loving the information. I’m book-marking and will be tweeting this to my followers!
Terrific blog and fantastic design.

Good way of telling, and pleasant piece of writing to take facts concerning my presentation topic,
which i am going to present in college.