This Week's Top Posts
Bare Minerals Matte Foundation vs. Original
Choosing the Right Bare Minerals Mineral Veil Finishing...
Luxury Gifts For Men Who Have Everything
My Most Popular Blog Post of All Time
My Bare Minerals Starter Kit Review
The Only Collagen Powder that Worked to Get...
Dollar Car Rental is Scamming Me For a...
The Trip that Forced Me to Focus On...
Meaningful Beauty Ultra Lifting and Filling Treatment Review
My Home Smells Like Abercrombie & Fitch and...
FamilyTravel

Dad Is Finally at Rest… and You’ll Never Believe Where

Unless you are a brand new reader of Be Electrifying, you know that I lost my father on December 29, 2018 after a battle with lung cancer.

My fathers wishes were to be cremated. This was no secret, as he was probably the most claustrophobic person I have ever known.

What we did not know is what he wanted us to do with his ashes. My sister and I both knew that we wanted to keep an Urn for ourselves, but we wanted to find out if Dad had any special requests.

Low and behold, he did. When we asked him what he would like for us to do with his ashes, he said

“Put me on Beale Street”…

If you are not familiar with Beale Street, it is a street in Memphis, TN that is full of Blues music. My dad loved music of all types, but he really loved The Blues!

On August 17, 2019, we took Dad and headed to Memphis. I was struggling with how we were going to scatter Dad’s ashes on Beale Street. I had never been there before. I had an image in my mind of Beale Street, but once I got there I realized that it was not at all how I imagined it.

The first night on Beale Street, it was just my husband and I. My daughter and her boyfriend went to the airport with my uncle to pick up my cousin. My son, sister, niece and nephew were not due to arrive until Friday evening.

We walked Beale Street and got a cocktail, which you can enjoy right on Beale, and this is where my aha moment happened.

After a little while, it was crystal clear how I was going to scatter Dad’s ashes. His name is Dontavious Wallace, and he is a Beale Street Flipper. Of all of the flippers on Beale Street, he was the one that I wanted to honor my father, and I definitely made the right choice.

Before he scattered my fathers ashes on Beale Street, I was able to get a photo of him holding Dad. He has a million dollar smile! Introducing… Dontavious!

Once he started, there was no stopping him. Watch the video and you will see exactly where (and how) Dad was laid to rest.

In the video, you can see him flipping down Beale Street with one hand. Why one hand? Because in the other he was holding my father’s ashes. He was so nervous that he was going to mess it up that prior to this video being made, he walked up Beale Street and scattered a little of Dad’s ashes along the way.

What a wonderful young man. In fact, I have kept in touch with him since returning home to Ohio. I really felt a connection with him from the very beginning. It’s hard to explain, but if I could, I would adopt him and treat him like my own child (he’s 19, but to me that’s still a child).

The next day, we headed home to Ohio. During the ride home, he text me the below photo with the words “Rain about to wash him away”. He was born and raised in Memphis, and he has the Memphis slang to prove it. He told us that he has never been outside of Memphis. 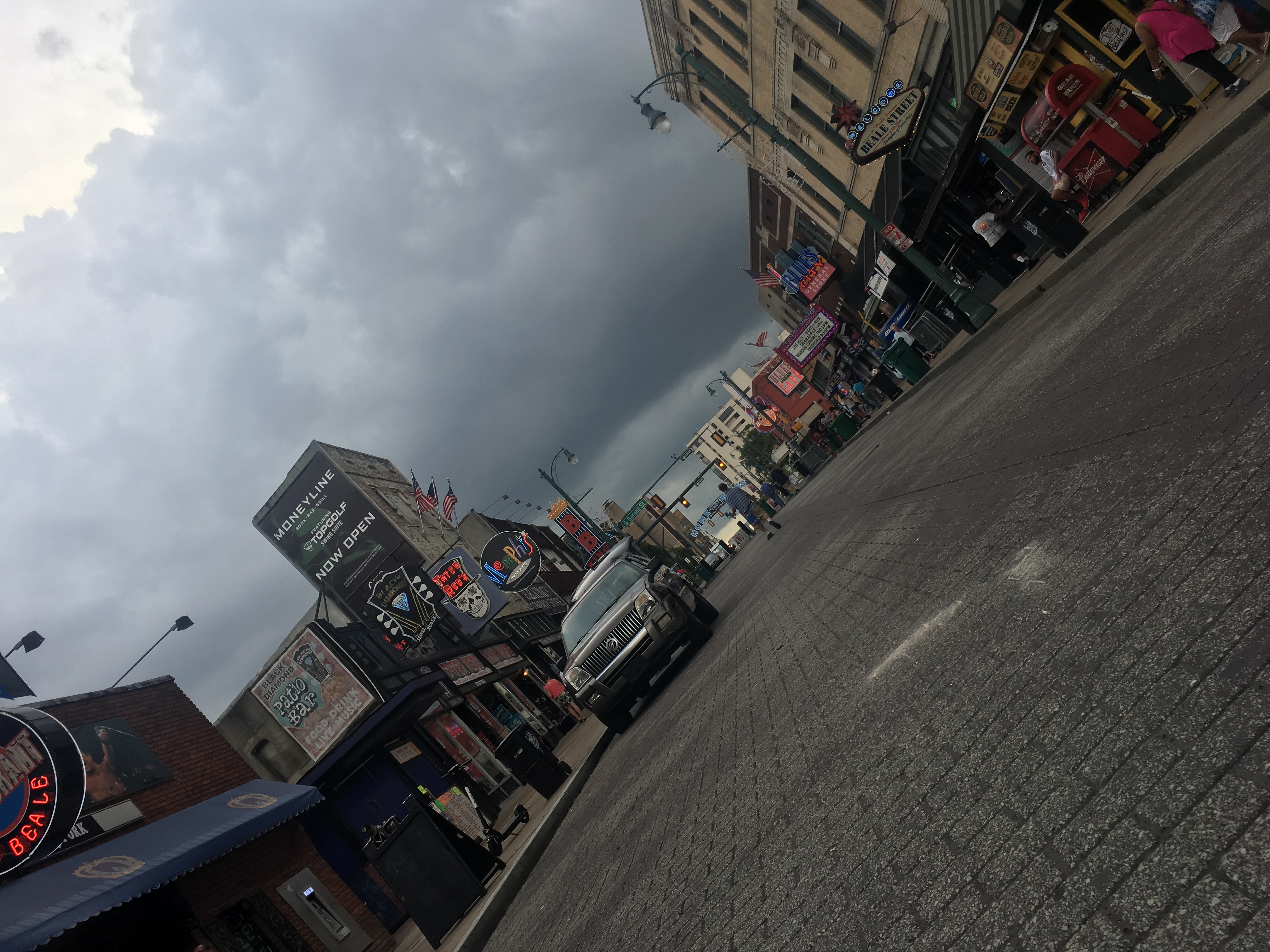 If you are ever on Beale Street, and you see Dontavious, tell him that you saw the video of him spreading Melissa’s father’s ashes. I promise you he will appreciate it!

Melissa is an entrepreneur, mother and wife. She is the founder and content editor of Be Electrifying and a freelance digital marketer. Melissa loves talking about beauty, fitness (although not a self-proclaimed guru), family, shopping and any other topic that might pop up while she's writing. In her spare time, she enjoys spending time with her family and friends, reading books and cooking.

The Trip that Forced Me to Focus On Fitness

Crepe Erase Facial Treatment Review – The Verdict Is In…

We are an affiliate of some of the health and beauty companies we recommend. If you decide to purchase any of the products through our links, because of our recommendation, be it expressed or implied, we may receive a commission. Thanks for visiting our site!

This website uses cookies to improve your experience. We assume by now you're ok with this, but you can opt-out if you wish. Accept Read More